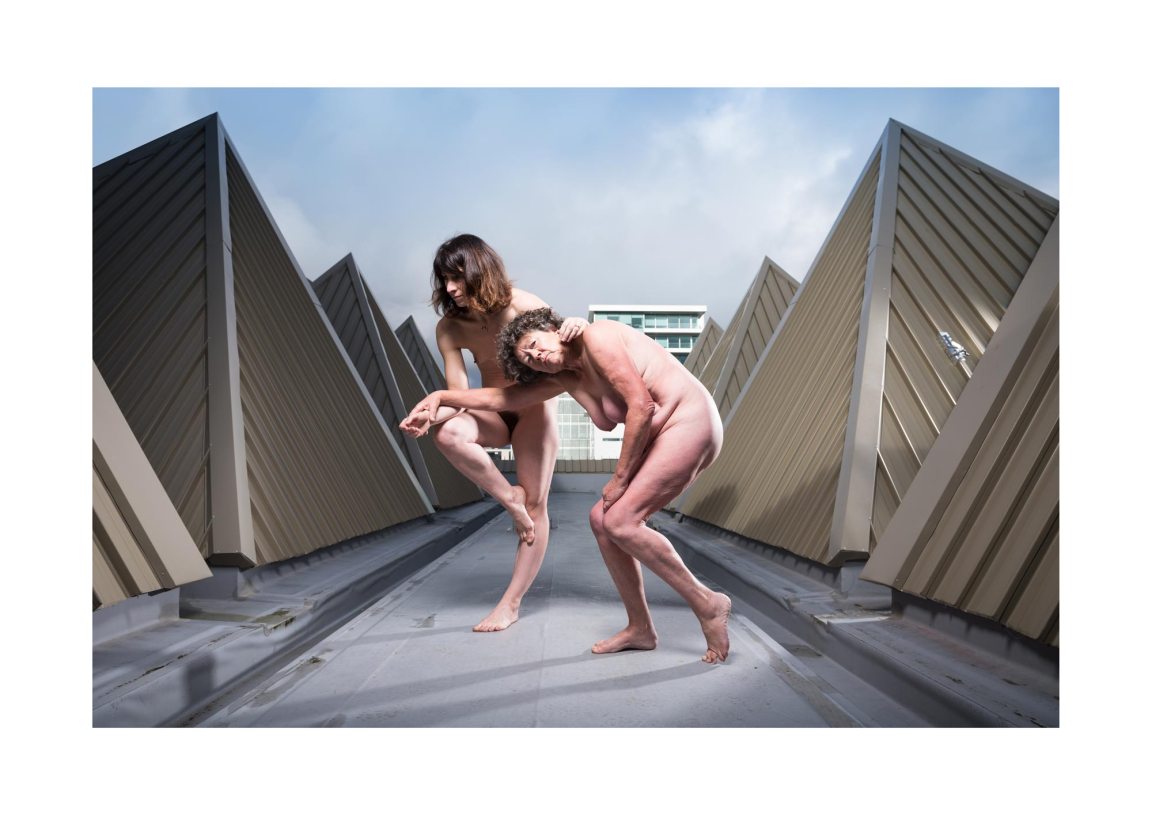 Julia and Stuart have been working together for the past three years. They have a body of photographic work as well as performance works including, Nesticity for FESTA 2016, Democratic Ensemble for The Social as part of CoCA’s MAKING SPACE and The Oresteia Experience for the Christchurch Arts Festival 2017. They are also currently working on two new live dance and music works to premiere in 2018.

Stuart Lloyd-Harris is a visual artist based in Christchurch New Zealand. His practice spans lighting and set design, sculpture, photography and filmmaking. In 1998 Stuart gained a BA(Hons) in Fine Art from Sheffield Hallam University. His experience working with film and photographic lighting allowed him to expand into theatrical lighting design, working with artists, musicians and performance artists like Amy Winehouse, Franko B., Karen Finley, William Pope L., Susan Hiller and Yvette Mattern amongst others. This practice eventually led Stuart into more sculptural work creating objects from steel with solo exhibitions and a collaboration with Chris Reddington on the permanent earthquake memorial ‘Song Song’, a walk-in musical instrument, situated at the entrance to Ara Institute. For the last ten years Stuart has created set designs for theatre and dance and in 2012 was the principal designer for the Canterbury Tales street festival where giant puppets inhabited the central city streets of Christchurch. Stuart continues to follow his passion for visual art and works as a freelance photographer exhibiting in New Zealand and the UK.

Julia Harvie graduated from UNITEC in 2003 with a BPSA in Contemporary Dance. Julia’s particular focus is on collaboration, live music and improvisation. She was awarded the Tup Lang Scholarship as the CNZ Emerging Choreographer of 2008. Her work has toured throughout New Zealand and has been presented in Taiwan and Australia. Julia studied with Magpie Music Dance in Amsterdam and was selected for the WDA Choreographer Project in Brisbane with Lloyd Newsom (DV8). She has been awarded Most Outstanding Performer of the NZ Fringe, Best Dance at the Dunedin Fringe and NZ Best Female Contemporary Dancer in 2008. Julia has worked for acclaimed artists such as Michael Parmenter, Shona McCullagh, Kristian Larsen, Zoe Scofield, Riki von Falken, Pichet, Raewyn Hill, Malia Johnston, Oliver Driver, Andrew and Sarah Foster-Sproull, Emma Willis and Leila Adu. Her latest works include Elephant Skin, a commission for Footnote’s NOW 2016 season and Nesticity, a 6-hour solo work, commissioned as part of FESTA 2016 alongside work by craft and visual artists, Juliet Arnott (Rekindle) and Julia Morrison. She is currently working on a commission with Canterbury University’s Music Department on a production of Iannis Xenakis’ Oresteia for the Christchurch Arts Festival and recently completed R&D on a new project with Josie Archer, Paul Young and Kosta Bogievski. She also remains an important voice in the Christchurch dance scene as the director of Movement Art Practice, running community classes and teaching at local pret-tertiary dance courses for Annelies Gilberd and Hagley Dance Company.

Our partnership draws on Stuart’s photographic, film and spatial design practices in collaboration with Julia’s dance and performance practice. Ideas are driven by our interests in spatial activations, durational performance and playing with the engagement of the viewer and artist. We often explore the tension between what is public and what is private, what is seen and not seen. The work manifests as photographic and performance works both within the gallery and theatre contexts.